By Jane Humphries (London School of Economics and All Souls College, University of Oxford)

A 35% discount is available on this book, valid until the 28th of May – more information below 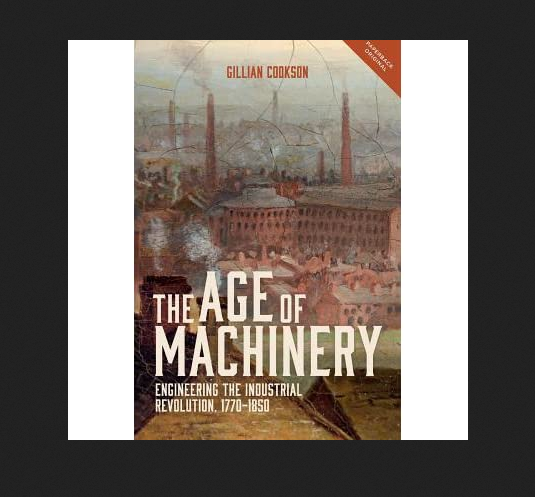 Historians of industrialization have taken a technological turn.  We are not yet struggling beneath a ‘wave of gadgets’ but Joel Mokyr has emphasized the links between the enlightenment and invention, ideas pump-priming industrialization, while Robert Allen has claimed that relatively high British wages caused the industrial revolution by making labour-saving machinery profitable. Meg Jacob has made a strong case for the role of science in invention, while other authors, Gillian Cookson among them, have argued that the industrial revolution was the product of modest education and artisanal empiricism.

Much attention has been on the inventors, their background, training, motivation, culture and connections, or on patents as a quantifiable (albeit problematic) measure of inventiveness.  But how, when and where, the ideas of the inventors were translated into working machinery remains sketchy.  The trick, as historians and contemporaries knew, was to make inventions operational and profitable.  We need to know about machine makers, their origins and industrial links, and how they evolved into a new economic sector and a modern profession: machine tools and engineering.  There is scattered information but Roderick Floud’s 1976 monograph remains the lone dedicated study.  Gillian Cookson’s brilliant account of the machine makers who served the textile industries of West Yorkshire as they moved into the machine age uncovers the contribution of an innovative and increasingly sophisticated industry essential to the process of industrialisation and fills this gap.

The Age of Machinery (TAoM) is a case study of the machine builders who catered to and often inspired the textile manufactures of West Yorkshire.  The setting is Keighley and Leeds but Sheffield, Birmingham, Manchester and Glasgow are on the horizon.  The study is organised chronologically; chapters follow cohorts of initially unspecialised artisans with various primary occupational designations (carpenters, turners, mechanics, whitesmiths, millwrights) as they developed more specialised titles (spindle, flyer and roller manufacturers), and eventually founded a new industry: textile engineering.

Early producers used traditional methods and a few rudimentary tools, often in a domestic setting.  Berry Smith set up benches and lathes in his cottage, employing boys to turn the machines. Ironically, the industry was slow to upgrade its own equipment, adopt self-acting tools, and develop flow production.   Continuing into the nineteenth century, machines and their components were build using laborious hand processes, productivity coming from a division of labour which combined skilled and unskilled workers.  Steam power made slow progress.  The Leeds engineer and inventor, Peter Fairbairn, famously relied on a ‘stalwart Irishman’ to power the lathe when he set up business in 1826, but others too continued to rely on human muscle. The Smith brothers depended on ‘a half-witted fellow’ and a blind man until they moved into a mill basement where they could tap steam power (pp.108-9).  Cookson argues that the extended experience with detailed divisions of labour eased the eventual transition to factory production.  Other changes in products and processes happened more quickly and with knock on effects.  The fabrication of machinery from metal not wood rendered the services of carpenters, so useful to the pioneer producers, redundant, while whitesmiths became essential. A significant continuity remained the close and innovation-fostering links between the machine makers and their customers, the textile producers.  Indeed, sometimes they were one and the same. While textile manufacturers only rarely made their own machines, Cookson cites one as forced to produce some locally unavailable machinery and then having invested in a machine shop began supplying other firms.  Alternatively, machine makers often engaged in subsidiary textile manufacture to balance activities and resources over the trade cycle. Firms grew by utilising resources made available or even created by prior innovation in a way familiar to students of Edith Penrose.

One sobering theme of TAoM is the low persistence rate of machine-making firms which Cookson relates to the difficulties of intergenerational transition.  Machine makers had their share of wastrel, incompetent or merely disinterested sons while the one widow who tried to run an inherited business disappointingly gave up as soon as she got a second offer of marriage! Yet fixation on the intergenerational survival of family firms overlooks the ways in which skills, inventiveness and culture were passed on through apprenticeship and training, which emerge as vital components of Cookson’s age of machinery, crucial to the artisanal knowledge that drove technological innovation and perhaps even as important as marriage in creating the social interconnections of the machine makers’ communities.

This short review leaves out some of Cookson’s themes: the anachronistic application of the term entrepreneur to the business leaders of the past; the emergence of the professional engineer; the rise of export markets; the triumph of the commercial interests of the machine makers; and, the distinction between invention and innovation.   My only concern is that the book is too good.  Technology is a formidable topic compounded here by the density of detail, the depth of archival knowledge and the intricacies of the human interconnections.  Scholars of the subject will cope but I urge general readers not to be deterred.