Chinese male occupational structure during 1734–1898 and the Great Divergence

This blog is based on the author’s article which has been published in the Economic History Review.

The empirical challenges facing scholars researching China and the Great Divergence are considerable. Although a substantial body of literature discusses England’s experience during this divergence, and the  economic development of the Lower Yangtze, the rest of China remains comparatively under-explored.  Figure 2 contrasts the geographical size of England with that of  the Lower Yangtze (shown in yellow), and China.

Figure 2.         Comparison of the geographical scale of England, the Lower Yangtze, and China 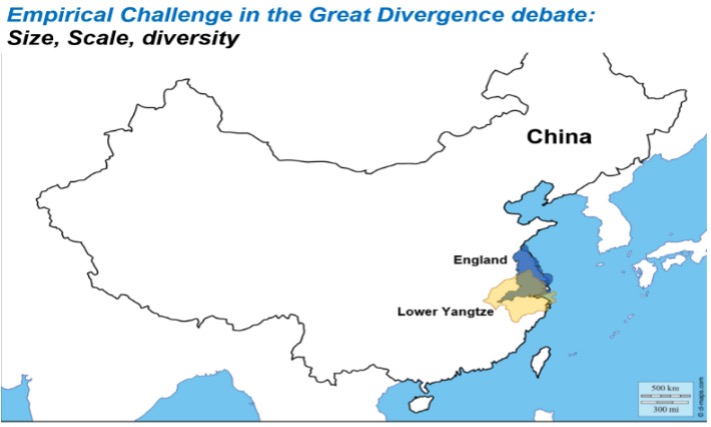 My research seeks to enhance our understanding of Chinese economic development by producing a new estimate of Chinese male occupational structure between 1734 and 1898, according to sector, sub-sector, and region using the under-utilized historical source, Xingke Tiben (XKTB), a collection of trial papers for all homicides in China during this period.

The XKTB was an official document in the Qing dynasty legal system. During the Qing dynasty, the emperor held absolute jurisdiction over all homicide cases. When a homicide occurred the case would be investigated and reviewed by all levels in the legal system. Subsequently, case files (including depositions of the accuser, the accused, accomplices, witnesses, and forensic reports) would be presented to the emperor for review before finalization with his seal. Only after this last step would sentence be executed.

The XKTB provides substantial data on the characteristics of those involved in homicides throughout China between 1734 and 1898. However, the XKTB is not a generically structured document: the key information can be anywhere, so it is necessary to read the whole report to locate the useful information (Figure 4) In this case, we find that this homicide took place in Jianchang County near Beijing, on the 25th of the first month of the Chinese lunar calendar, in 1857. The murderer Liu Fa, was a migrant from Shandong province. He killed Liu Yuanxiu, a local resident, in a dispute over the allocation of profits from their blacksmith enterprise.

The data contained in the XKTB indicate that national male occupational structure was nearly identical between three benchmark dates:  1761 and 1770, 1821 and 1830, and 1881 and 1890.  This observation suggests  long-lasting structural stasis in the Chinese economy, even allowing for fluctuations between these dates.  Another finding is that the labour force employed in the secondary sector  appears to have remained small by the standards of later industrialised nations. The tertiary-sector labour force was large, but a considerable amount of surplus labour existed within this sector.  The ability of the tertiary sector to absorb low-wage, underemployed workers, is thought to have operated during the Great Depression but it was well-established in in China.

Within agriculture, substantial regional differences in labour organisation are revealed. Three distinct regions are found: the Northern Regions show a high usage of wage labour, the Yangtze Valley model presents a high level of tenancy development, and the Southern Regions display the highest share of landowners.  These regions experienced increasing use of wage labour between 1761 and 1890,  and decreasing  landownership between  1821 and 1890.   At the regional level, the long-run estimate for Lower Yangtze suggests this region stagnated throughout the entire period, but the overall structural stasis conceals dynamic, long-run economic change between the region’s core (Taihu Lake Area) and peripheral areas (extra-Taihu Lake Area). Comparative analysis with England further suggests that the timing of the Great Divergence between China and England took place before 1734, even in the context of this regional difference (Figure 4). 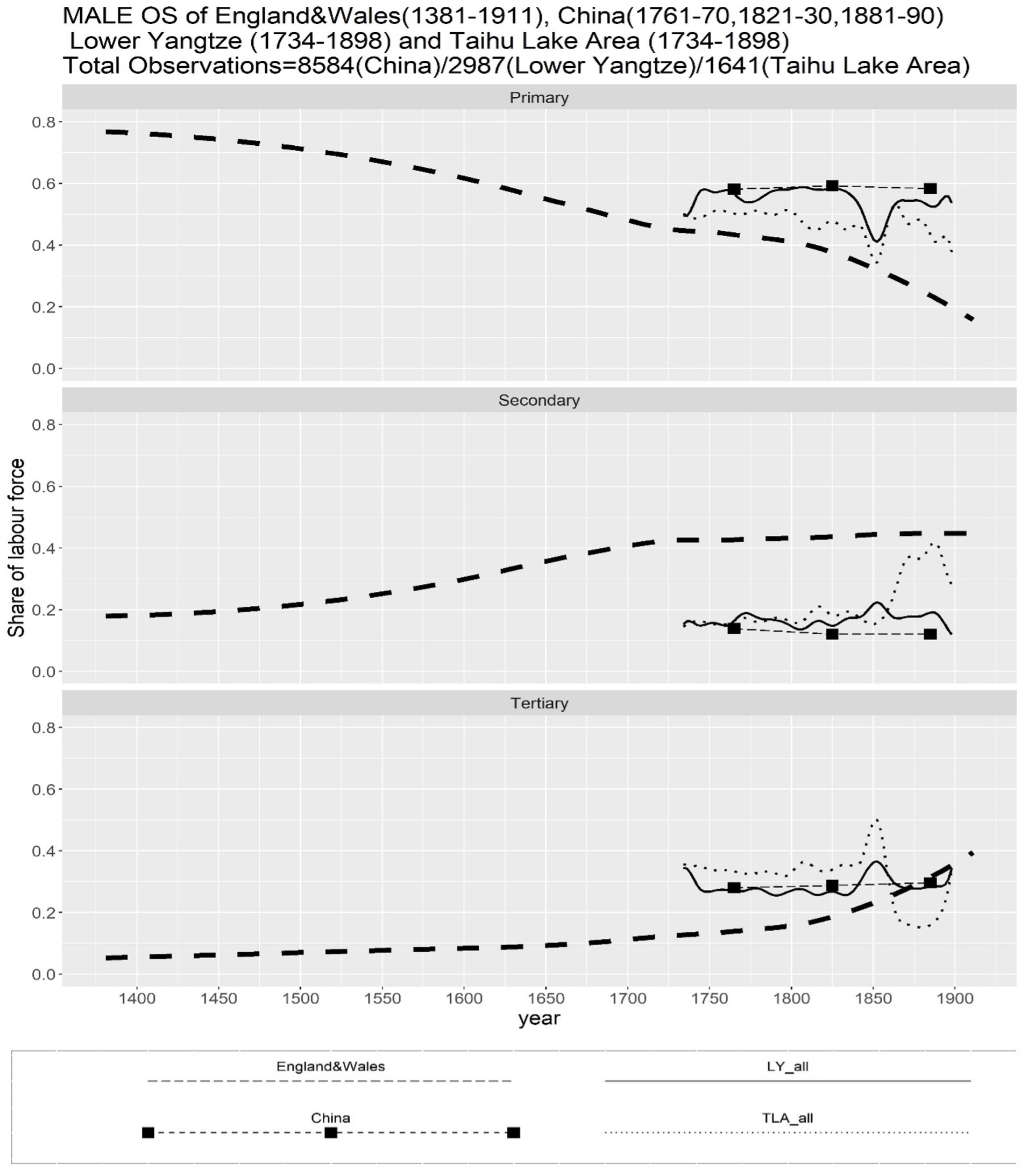 In conclusion, beyond England, the occupational structures of France and China were very similar until the early nineteenth century, and well into the nineteenth century if the regional difference is considered; in wider Eurasia, China and its regions were advanced, sophisticated, and unique, by contemporary standards.