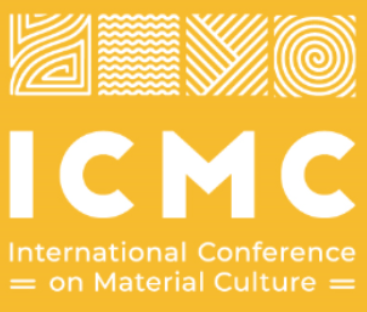 Things in Daily Life,  Life of  Things in the East.  Past and Present.

In recent years, historians have moved away from the Marxist or capitalist approach, to refocus on the cultural relationship between beings and things, and to rethink the various contexts other than purely economic ones, in which objects are signifiers (Thing theory). As Bill Brown puts it, objects enable historians to “make contact with the “real” […] in accounts of everyday life and material habitus”. Moreover, according to David Kingery, objects reflect “truest representations” of values and meanings in societies. It seems important, therefore, to put “things” back into context — especially in their own life cycle in order to find the habits which they were associated with in the past — and to decipher the authentic cultural signs and symbols that have been forgotten or kept alive. The study by Craig Clunas “Superfluous Things: Material Culture and Social Status in Early Modern China”, symbolizes the effort to reconsider objects within their original context and the social and cultural messages they convey. In recent years Anne Gerritsen and Dorothy Ko have also considerably renewed the approach to Asian material culture, especially the social life of objects. The conference explores objects as forms of cultural heritage, paying attention to their use and importance, as well as to the different values and emotions that have been attached to them through the ages.

Things constitute a memory of identities through which mentalités can be assessed as they are reflected in the “subject-object relation”. Indeed, according to Brown, they are more than objects as they “exceed their mere materialisation” and have a presence. Things have a cultural layer; more exactly they are “culturalised, humanised, and can therefore be anthropomorphised”, even “personified and made into narrative characters”. As such, they may be seen as processes of enculturation: Humans interact with them (or choose not), and integrate them in their social existence, often as markers of status and class. Things also reveal personal taste and material desires.

People can share things, pass them onto younger generations. They can project feelings on things and can be filled with sensations by these ones. They can sell those which no longer ‘talk’ to them, even destroy them or throw them away. Inanimate things are catalysts of life and pollinate lives. Thus, how did things in Asia and Southeast Asia affect daily lives and what were the relationships of their owners with specific goods, tools, or products? How was material culture perceived in the past in the East, and how in the present day, “vintage” objects survive in a globalized world that emphasizes consumerism?

This conference aims to provide a better understanding of past and present societies through objects that are no longer used or whose “life” is endangered by new modern lifestyles. We also aim to reconstruct the vision and perception of time through the use of objects, that is: routines; the idea of rapid or progressive obsolescence; phenomena such as “ageing” or travelling things; the different life cycles from the making to the “death” of objects (manufacturing, use/reuse, meaning in society, destruction etc.); the crystallisation and therefore immortalisation of some objects in the memory of some individuals through emotions and feelings.

Note that we welcome contributions that have an “history from below” perspective and/or pay particular attention to the lower classes, the world of tradesmen and their shops, the workshop/craft space but also the home and private spaces. Please visit: https://university.sunway.edu.my/ICMC2021

Submit a 500-word proposal with your short CV to Prof. Sabine Chaouche and Dr. Fiona Wong at info_icmc@sunway.edu.my by 20th April 2021. Notifications of acceptance will be sent by 20th May 2021. Submission guidelines at: https://university.sunway.edu.my/ICMC2021/submission-guidelines