Mary Magdalen’s many lives: A longitudinal analysis of women admitted to two English Magdalen homes between 1851 and 1881

May 26, 2022 | Blog
Home > Mary Magdalen’s many lives: A longitudinal analysis of women admitted to two English Magdalen homes between 1851 and 1881

by Moritz Kaiser (University of Edinburgh)

This blog is based on a paper presented at the 2022 Economic History Society Annual Conference in the New Researcher Session: NRIIA (Welfare).

‘We have to go now, or we will die in here’, Bernadette says to Rose, both of them protagonists incarcerated in an Irish Catholic Magdalen asylum in the 2002 film The Magdalen Sisters. Deciding to make a break for it, the two women ransack the Mother Superior’s office for the asylum’s keys. Upon finding the keys, Bernadette and Rose escape. This sequence encapsulates public perceptions of Magdalen asylums: these were repressive Catholic institutions administered by nuns in Ireland. However, Magdalen homes, and derivates thereof, existed globally with little known about those institutionalised, especially for the nineteenth century.

Conceived to rescue and reform sex workers, Victorian definitions of ‘prostitute’ were vague. Young women suspected of moral wrongdoing, as well as the survivors of sexual violence, risked being labelled ‘fallen’. The institutional regime centred around a two-year course of laundry work and religious instruction, followed by placement in domestic service. Here, the life courses of inmates of the Clewer and Salisbury Houses of Mercy are examined, contributing to emergent debates on historical welfare and criminal justice outcomes. What socio-economic circumstances led to the ‘voluntary’ institutionalisation of these young women and what do these circumstances tell us about growing up female in Victorian England?

Inmates’ life courses were reconstructed by hand-linking those institutionalised to the 1851-1911 censuses and to the welfare and criminal justice records and death certificates. Detailed institutional admission records facilitated identifying inmates in the censuses. In total, 2,146 census observations were made. Of these, 46 per cent were pre- and 46 per cent were post-institutional, with the remainder institutionalised upon enumeration. A total of 368 women were linked to death certificates: 286 for Clewer and 82 for Salisbury. There are linking biases against inmates from London, immigrants, orphans, the daughters of men of higher social status, and those with incomplete admission records.

Inmates were disproportionately eldest daughters; see Figure 1. Of those identified in their family unit, 33 per cent were first- and 22 per cent were secondborns. Eldest daughters faced unique challenges. First, they were providers of childcare and household support to parents. Second, they were the first able to supplement the family income. Finally, firstborns navigated a world bereft of elder siblings’ networks. 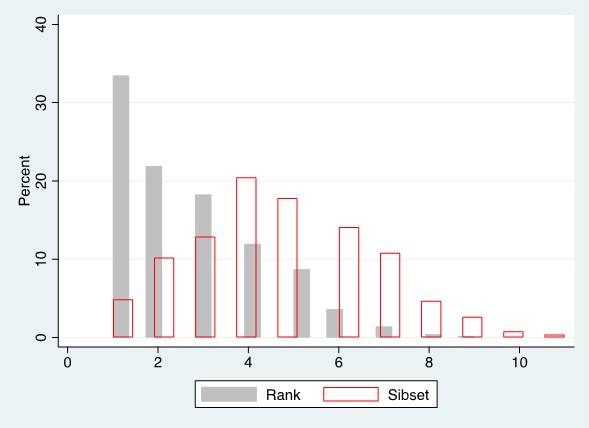 Parental, especially maternal, loss scarred inmates. Of those admitted by age 25, 32 per cent had living parents, 17 per cent had lost their father, 21 per cent their mother, and 26 per cent were orphaned. Even for the nineteenth century, these are high rates of parental loss. Moreover, it was more typical for children to lose fathers than mothers. Mothers were central to the intergenerational transmission of gender-specific social and cultural capital, imparting knowledge to daughters about household management, courtship, and employment. Further, parental death increased the risks of institutionalisation. Of those admitted by the age of 25, only 7 per cent of inmates with living parents had previously been institutionalised upon census enumeration in the three years prior to admission at Clewer or Salisbury. This contrasts with the 18 per cent who had lost their father, 27 per cent who had lost their mother, and 35 per cent of orphans.

The duration of institutionalisation varied, ranging from a few days to several decades. Two-thirds of inmates left Clewer and Salisbury prior to the two-year ‘reformation’ period. Life-long institutionalisation was not the norm between 1851 and 1881; see Figure 2. Departure from the institution was typically either to domestic service or to an inmate’s community. 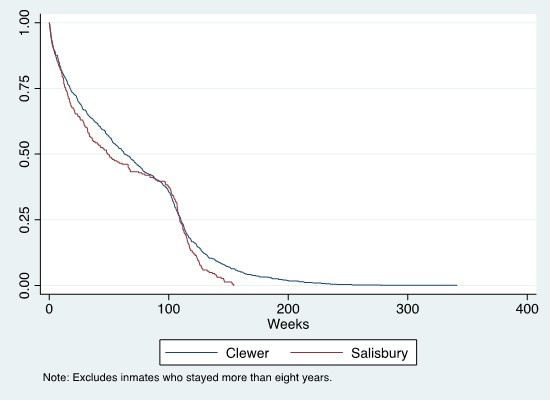 However, only a quarter of inmates left for domestic service. Most went back to their, often small, rural, communities. More than 50 per cent of inmates linked to a marriage certificate married within four years of institutionalisation. Inmates’ swift marriage upon return to their community suggests limited stigmatisation, a view supported by more inmates not taking up the institution in their offers of domestic service placements.

Institutionalisation in Magdalen asylums was linked to inequalities, principally birth order effects, parental death, and domestic service employment. Born into life-cycle poverty, eldest daughters faced a unique set of challenges. Inmates disproportionately suffered early parental loss, most notably the loss of mothers. For most inmates, institutionalisation was temporary rather than life-long. In facilitating domestic service placements, the institutions functionally replicated aspects of a mother’s role. Inmates’ subsequent reintegration into their communities is striking and represents a stark contrast to the experiences of women institutionalised in Irish Magdalen homes in the twentieth century.