Why has government in Britain become so corrupt?

by Avner Offer (All Souls College, University of Oxford) 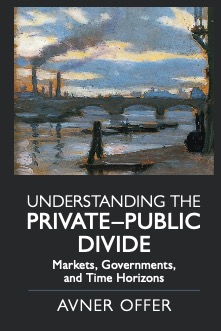 In response to some current scandal it is often said that that, apart from a few ‘bad apples’, Britain is not corrupt. But ‘Today’s ruling class arguably have more loyalty to their own ambitions than to the nation’ writes Matthew Seyd in the Sunday Times (10 April), and it would be hard to disagree. A former Prime Minister, David Cameron, is up to his knees in financial scandal. Boris Johnson’s government fast-tracked contracts to cronies and chums. How did British elites come to be honest in the first place? In the eighteenth century, ‘old corruption’ pervaded government, parliament, the courts, the church, universities, and the armed forces. It receded gradually over a century up to 1870, as placemen gave way to impartial officials.  Appointed by competition and promoted on merit, civil servants followed written rules and formal discipline. They aspired to a lifetime of respected, well-paid, and satisfying employment, with pensions and honours at the end. Similar reforms took place throughout northwestern Europe. According to the German sociologist Max Weber, officials regarded their careers as an exalted ‘Calling’. ‘It produces’, he wrote, ‘an optimal efficiency for precision, speed, clarity, command of case knowledge, continuity, confidentiality, uniformity, and tight subordination’. ‘Weberian’ bureaucracies managed the growth of warfare and welfare up to the 1970s. But the imperious power of an elite of officials challenged the egalitarian instincts of democracy and the greed of business and finance. Stagnation in the 1970s drove a backlash against bureaucracy. Ronald Reagan famously said that government was the problem, not the solution. Thatcher, Reagan, and their successors strove to replace impartial and qualified specialists with the inscrutable magic of corporate business leaders, ‘delivering results’, and money for themselves. First Conservatives and then New Labour reshaped government in the corporate mould. Functions were privatized, others restructured to mimic the business corporation. The civil service was hollowed out, given performance targets and financial incentives. Personnel were turned over frequently, with no time to build up experience. They lost the capacity to plan, manage, and evaluate, and called in consultants instead. Businessmen entered government and civil servants aspired to move on to finance and business. Behind these reforms was the view that competition was better than command and control.

But ‘free-market’ superiority is an illusion because markets are only rarely ‘free’. My new book, Understanding the private-public divide (Cambridge University Press), shows why: in competitive markets, interest rates set a time limit for business to break even. If a venture takes longer to pay off, it cannot be undertaken by business alone. In consequence, product lives needs to be short as well, and markets are only truly competitive in such sectors such as food, hospitality, retail, computers, smartphones, appliances, and cars. For long-term commitments (e.g. in railways, utilities, infrastructure, pharma) risk is transferred to government by means of concessions, monopolies, patents, implicit guarantees, etc., giving rise to a public-private ‘franchise’. Commercial banking is also a franchise, underpinned by central bank reserves, regulation and safety nets. Where business cannot go, the public and voluntary sectors provide infrastructure, education, healthcare, social insurance, defense, science, and culture. When business tries, it often generates inefficiency, corruption, or failure, as in United States healthcare.

The mutual dependence of government and business gives rise to corruption. After 1997, New Labour promoted the Private Finance Initiative (PFI) to fund public investment. Long-term public projects, such as hospitals and schools, were signed over opaquely to business in return for high interest payments and costly service contracts, protected from inflation and lasting for decades. PFI was recently closed down, but payments will continue into mid-century. Ministers and civil servants ended up working for the industries they regulated. The same intermingling of private and public interests is also at the core of the current corruption of government.

The beginning of reform is to realize that competitive markets only do their magic when product lives are short. Most economic and social activity extends beyond the commercial-credit time horizon and must be underwritten partly or completely by society. The largest social challenge today, global warming, falls beyond the scope of markets. The opposite view, that it only requires a carbon price to be set, leaving markets to sort it out, has already failed. The Thatcher-Reagan revolution could not overcome the short-term limits of market enterprise, which is why the public sector remains so large and why some privatizations in Britain (in PFI, railways, and energy supply) have had to be reversed. Governments continue to underwrite business because they have to. To do this impartially requires an expert, honest, civil service committed to the public good, insulated from private interests and official greed.