Home > About the Society > Benjamin Hellings
University of Oxford 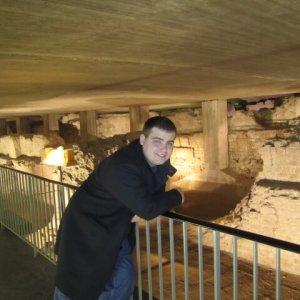 The economic integration of northwest Europe during the Roman Period

Since receiving the award, I have spent most of the past academic year collecting and digitizing Roman numismatic find-spot data. This process, which started early 2013, was finally completed February 2015. The database now counts approximately 600,000 hoarded and non-hoarded Roman coins from northwest Europe (Germany, Luxembourg, Belgium, and The Netherlands).
Since finalising my data collection, I have conducted several quality checks on the database and dataset and started writing several chapters for my dissertation. The generous bursary provided by the EHS was used to cover tuition fees and a replacement laptop.