The geography of old age in late-Victorian England and Wales: a postcode lottery?

June 17, 2022 | Blog
Home > The geography of old age in late-Victorian England and Wales: a postcode lottery?

by Tom Heritage (University of Cambridge)

This blog is based on a paper presented at the 2022 Economic History Society Annual Conference in the session AS1VA (Historical Demography). 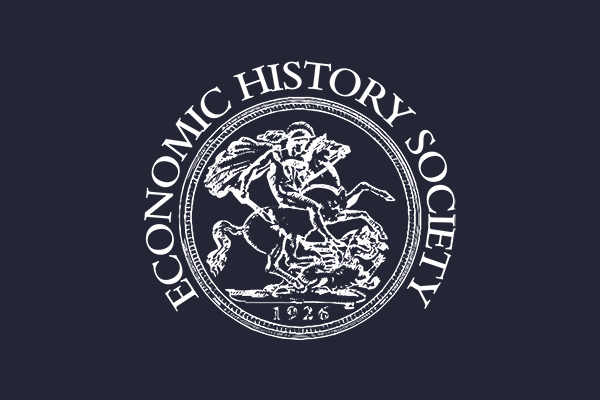 Workhouses, and particularly the elderly who inhabited them, were a defining feature of Victorian society. Yet, driven to extreme poverty by declining wages and forced withdrawal from work, the majority of the older-age poor primarily received payments at home, termed outdoor relief. However, to what extent did elderly people rely on the New Poor Law? Who were most likely to avoid it? Rather than assume that old age in the Victorian era was a one-way route to the workhouse, circumstances for older people varied widely. As will be explored, their fortunes were dictated by a form of postcode lottery. Whether one was institutionalized, on outdoor relief, or able to escape destitution depended mainly on where they lived.

While data directly focusing on poverty does not exist for the nineteenth century, data measuring the extent of extreme poverty (or pauperism, as defined by the Victorians) are obtained from the numbers of older men and women on poor relief recorded in 648 Poor Law Unions of England and Wales on 1 January 1891. Using the numbers of those aged 60 years and over recorded in 630 districts in the corresponding 1891 census, we can estimate the percentages of elderly men and women receiving welfare on one single day, allowing us to appreciate how varied the lives of older people were in the past.

First, only one in seven (14 per cent) of those aged 60 years and over received welfare on 1 January 1891. Regionally, pauperism was concentrated in London; eastern and south-western England; and mid-west Wales. Arguably, there was a ‘north-south’ divide in the provision of poor relief. Unlike the present day, northern England in 1891 was one of the most economically productive regions, being geographically close to the textile industries of Lancashire and Yorkshire that defined the Industrial Revolution. By contrast, southern and eastern England lagged behind, having suffered from agricultural depression since the 1870s.

Second, of the elderly poor who received workhouse accommodation instead of outdoor relief, nearly every male relief recipient in Manchester was granted the workhouse. Men were more likely to receive workhouse offers than women, as they were perceived as less domesticated. For both sexes, the workhouse was offered to the majority of the elderly poor in north-western and south-eastern England, London, and south Wales. These districts, which were mainly urbanized, successfully deterred future applicants from applying for outdoor relief by offering workhouse accommodation instead.

Third, measured against several socio-economic factors, old age pauperism was partly based on occupation. Being an agricultural or general labourer increased elderly male pauperism, while being a domestic servant lessened female pauperism. Pauperism was fairly limited in northern England; one key reason for this may be the high presence of male farmers running smallholdings in places such as Yorkshire and Cumbria. Furthermore, an elderly person living among their offspring and extended relatives minimized the risk of pauperism. By contrast, elderly couples and widows living on their own were more likely to utilize the New Poor Law. Again, co-residence with offspring and kin was mainly based in northern England, owing partly to the nature of the ‘family farm’. Elderly women, in particular, pursued childcare duties, looking after their grandchildren while the mothers worked in the factories.

In the last few decades, governments have tried to tackle the issue of regional inequalities, not least the recent campaign to ‘level up’ underinvested regions. Although certain regions have lost their industrial prosperity since the last century, geographical inequalities do still exist in some form. Despite improvements in the living standards and life expectancy of older people, one striking example of continuity from the nineteenth century concerns the disadvantages thrust upon them in urban London and in the north-east and south-east of England. While these regions have been associated with recent COVID-19 mortality statistics, they also relate to the high share of older paupers in the past who were refused outdoor relief, removed from their homes, cut off from community life, and thrown into the workhouse. Overall, regional disparities defined how old age was shaped in the nineteenth century, and may provide a clue as to the varying fortunes of older people in present times.